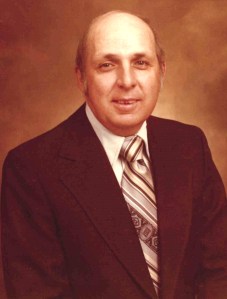 Mr. Tinkham was born in Gates County on October 17, 1935, and was the son of the late Lycurgus and Elbethel Felton Tinkham. In addition to his parents, he was preceded in death by his wife, Rebecca Langston Tinkham.

A retired superintendent from the Power Plant at Union Camp Corporation in Franklin, VA where he worked for 45 years, Mr. Tinkham also made use of the shift work schedule at Camp by using the off hours to tend the family farm. A member of Cool Spring Baptist Church, the Hall Ruritan Club, and the Gates County Hunt Club, he had served in the United States Army.

A graveside service was held Friday, December 2, 2022 in the Cool Spring Baptist Church Cemetery and was conducted by the Rev. Roger Kiker and the Rev. Eric Bass. Friends were invited to visit with the family in the church social hall immediately following the service, or all other times at his residence.

Miller Funeral Home, 304 Main Street, Gatesville, assisted the family with arrangements and online condolences may be made by visiting www.millerfhc.com.