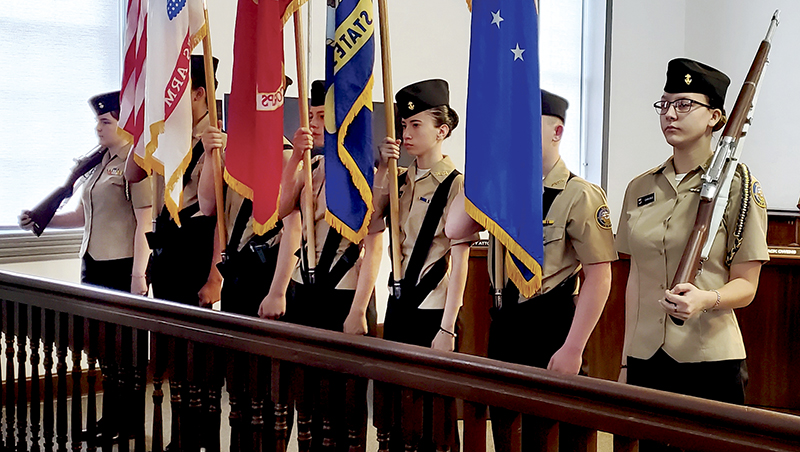 GATESVILLE – Brigadier General Richard A. Harrison, a native of Sunbury and a 1990 graduate of Gates County High School, was the featured speaker at the annual Veterans Day ceremony held Friday, Nov. 11 at the 1836 Courthouse in Gatesville. 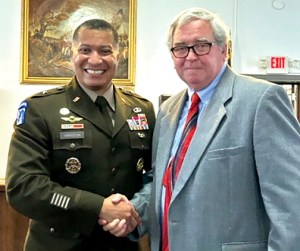 Brigadier General Richard A. Harrison is pictured with Doug Lilley who presided over the service. Contributed Photo

As part of his speech, Harrison stated, “I attribute all I’ve been able to accomplish to my parents and the Sunbury and Gates County community, where people care and take care of each other.”

Brigadier General Harrison assumed duties on June 15 as the Deputy Chief of Staff at the U.S. Army Training and Doctrine Command. Prior to that assignment, he served as the Commandant of the U.S. Army Air Defense Artillery School, Chief of Air Defense Artillery, and Deputy Commanding General of the Fires Center of Excellence at Fort Sill, Oklahoma.