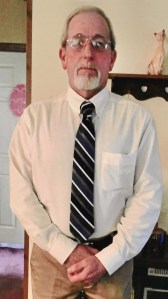 Phill was born in Craven County on January 31, 1960 and was the son of the late Charles and Mary Florence “Jane” Ambrose Roberts. In addition to his parents, he was preceded in death by his brother, Zane Roberts; and his father-in-law, Robert Taylor Howell.

The owner and operator of Dependable Muffler & Brake Center, Phill loved the outdoors and in earlier years spent time hunting and fishing. He loved his family, spending time with Terry, and doting on his many feline companions, especially “Boo Boo”.

Surviving is his wife of 39 years, Terry Howell Roberts; his sister, Ginger Creech (husband, Robert) of Ahoskie; mother-in-law, Ann Howell, and sister-in-law, Vanessa Truman, both of Eure; a sister-in-law, Diane Roberts of Ahoskie; a niece, Courtnie Proctor; nephews, Jeremy and Josh Roberts, Kyle and Cory Truman, and Heath Creech; and 20 great-nieces and nephews.

A gathering for family and friends to celebrate his life was held Friday, October 28, 2022 at the Chowanoke Outfitters Lodge, 1506 Benthall Bridge Road, Ahoskie. His nephew, Pastor Kyle Truman led the service.

Contributions in his memory may be made to the Zane Roberts Memorial Hunt, Chowanoke Outfitters, P.O. Box 872, Ahoskie, NC 27910, or to COMCAT (cat rescue), P.O. Box 185, also in Ahoskie.

Online condolences may be made to the family by visiting www.millerfhc.com.