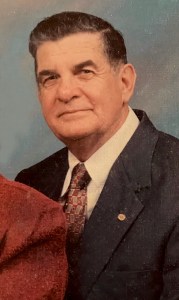 H.B. was born in the Eure community of Gates County on November 28, 1938, and was the son of the late Hollis Bracy Lilley, Sr. (Doris) and Irene Eure Daniels (Sam).

A graduate of Gatesville High School, he had served in the US Air Force and was stationed in Alaska for four years. He attended William & Mary University in Williamsburg for three years before returning home to manage his dad’s store, Holly Grove Market. For 39 years he ran the store serving his community, whether it was by helping the widows, letting customers run credit when they were short of money, or opening up on holidays or after hours when someone had forgotten ingredients, batteries, or other staple goods. He was only a knock on his door or a phone call away from helping his customers. Later he was a manager for Belo Foods and Farm Fresh Supermarket in Suffolk, VA.

Funeral services were held Monday, October 24 in the chapel of Miller Funeral Home, 304 Main Street, Gatesville, and were conducted by his longtime friend and former pastor, The Reverend Cameron Currin. The burial followed in Damascus Christian Church Cemetery.