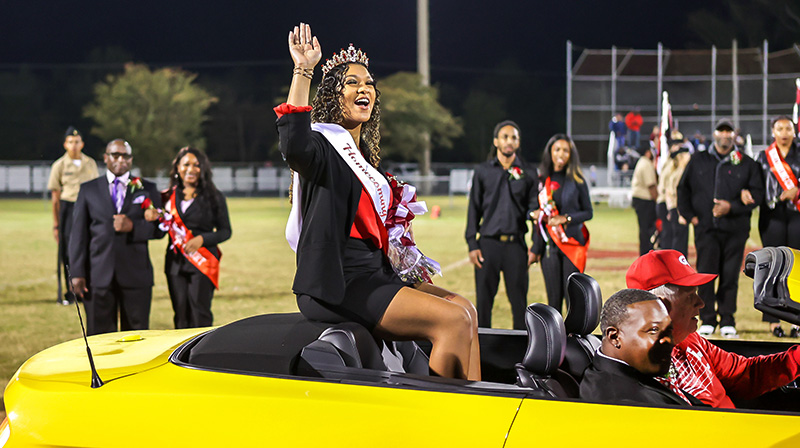 Gates County High School senior Kaiya Knight waves to the crowd after being named as the 2022 Homecoming Queen. Along with her escort Tracey Knight, she was chauffeured around the football field in a convertible driven by Ray Felton, Chairman of the Gates County Board of Education. Photo by Charles Revelle

GATESVILLE – There was a sea of red on the field and in the stands on Friday night at Gates County High School.

The school held its annual Homecoming, welcoming back alumni and other special guests during a football game. The festivities also included a dance in the school gym following the game, which was won by the Red Barons.

The GCHS Beta Club sold dinner plates prior to the game. 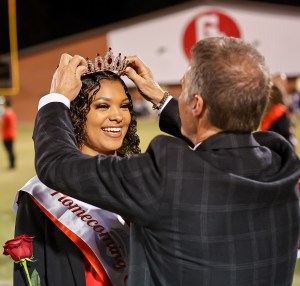 With the high school band and the school’s Navy National Defense Cadet Corps providing the backdrop on the field, the Homecoming Court was introduced during a halftime ceremony. The following GCHS students and their escorts comprised the Homecoming Court:

Kaiya Knight earned the title of 2022 Gates County High School Homecoming Queen. After receiving the crown from Dr. Barry Williams, Superintendent of Gates County Public Schools, she was chauffeured around the football field in a convertible driven by Ray Felton, Chairman of the Gates County Board of Education.