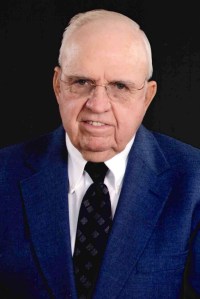 Fred was born in Chowan County on March 25, 1934, and was the son of the late J. Roy and Mabel Chappell Winslow. In addition to his parents, he was preceded in death by his sister, Mary Ann Winslow, and by his brother, James Roy Winslow.

The owner and operator of Southeastern Produce Distributors, Fred traveled the east coast from Florida to Maine for over 50 years transporting primarily produce, peanuts and paper. He knew the highways and byways of the eastern United States.

A graduate of Chowan High School, he was a lifelong member of Warwick Baptist Church.

Funeral services were held Tuesday, August 30 in Warwick Baptist Church, Hobbsville, conducted by The Reverend Kip Vinson. The burial was on the family plot at the church. Friends were invited to join the family for a reception and time of visitation in the church social hall following the service. All other times they are accepting visits at the residence.

Miller Funeral Home & Crematory, 735 Virginia Road, Edenton, assisted the family with arrangements and online condolences may be made by visiting www.millerfhc.com.