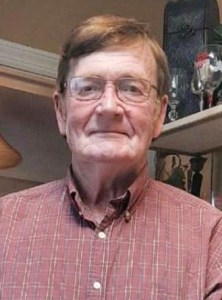 Mr. Futrell was born in Roanoke Rapids, NC on January 11, 1949, and was the son of the late Adron Bob Futrell and Mavis Katherine Wheeler Futrell. In addition to his parents, he was preceded in death by his wife, Hazel Willis Futrell, and by his sister, Wilma Jean Chittenden.

A graduate of Ahoskie High School, he was employed in various professions during his lifetime having mostly worked in the construction of metal buildings. In later years he took great pride in providing lawn care services to numerous people in the community.

Surviving are his two sons, Jeffrey Futrell of Eure and Scott Futrell of Ahoskie; and his two grandchildren. Also surviving is his friend and constant companion, Barbara Eatmon, who was faithfully by his side these past two years, and throughout his period of declining health and ultimately at his time of passing.

A celebration of his life will be held at a later date. In accordance with his wishes, a private burial next to his mother will be in the Ahoskie Cemetery.

The family wishes to express their deep appreciation and special thanks to the staff and specialist of the Intensive Care Unit at ECU Health who provided care and comfort to Mr. Futrell during his time of need.

In lieu of flowers, memorial contributions in his memory may be made to any SPCA.